Migrating tasks and notes from Wunderlist to Joplin

As a software developer living in Berlin, I like to support awesome apps, companies, and products developed here. I was an early adopter of N26 (until they canceled my account), Blinkist and Wunderlist. Until recent.

For those of you who don't know Wunderlist is a To-do list, Reminders, Errands app with the support of multiple platforms, from the web to mobile.

Wundeslist was an awesome product, fast and simple. It becomes essential for me on day-to-day use. It was working perfectly for me.

What's is sad about that? Well, two things: 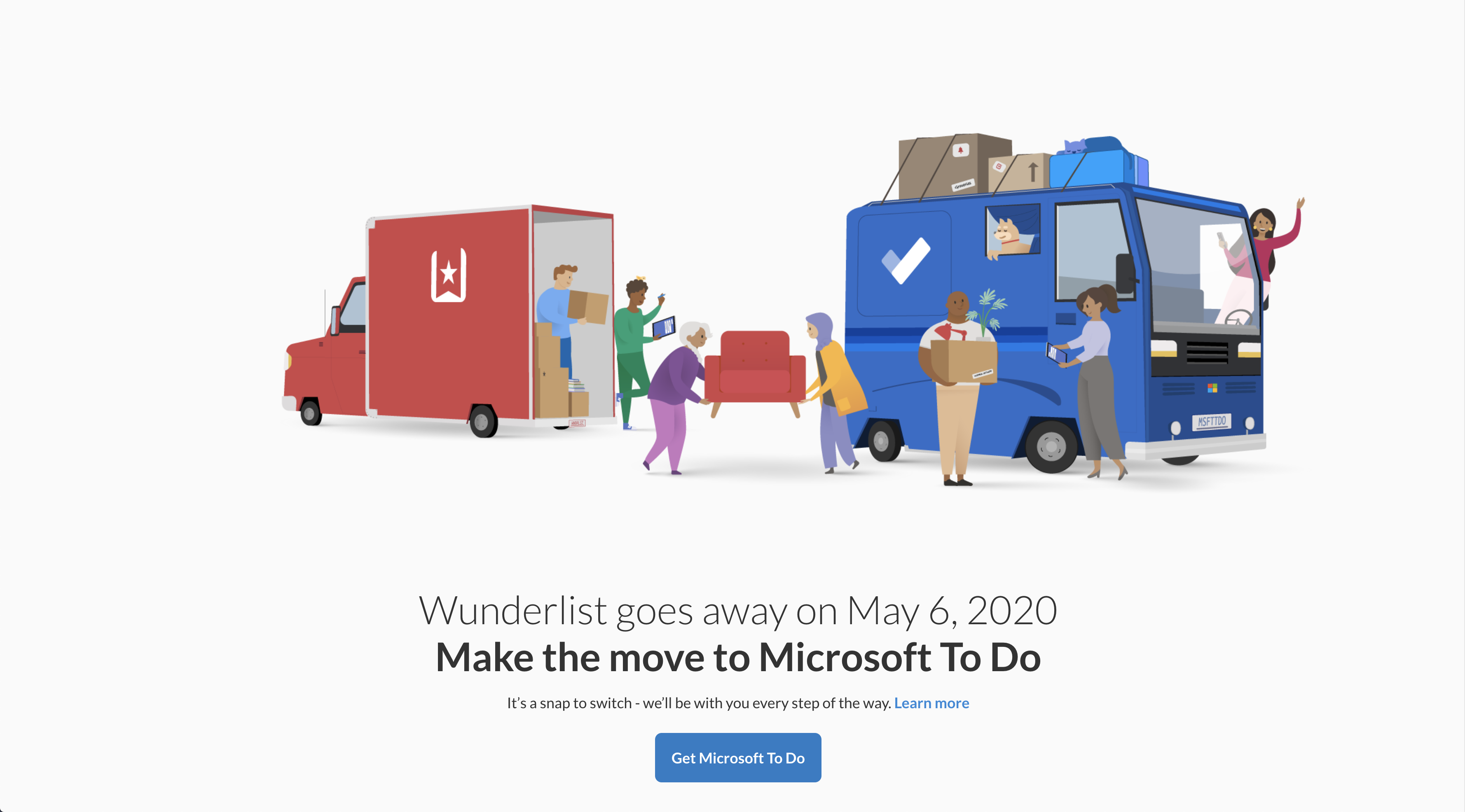 Okay, what to do

In this article, I'll describe how to gain control of your data back and not feeding big-name corporations with it. More precisely, exporting your data(tasks) from Wunderlist and setting up a free, open-source and self-hosted solution for your notes and todos.

A lot of people might switch directly to the "new" Microsoft To Do app and that's completely fine. In my opinion, Microsoft To Do is not even close to Wunderlist and they even made some things worse with it. It's doesn't look like an app I would love to use daily for multiple reasons. You need MS account, you don't own or control your data and you don't know how it's been used or handled.

As an engineer, I always was interested in the open source, cloud and security.

There is a solution to this.

Joplin is a free, open source note taking and to-do application, which can handle a large number of notes organised into notebooks. The notes are searchable, can be copied, tagged and modified either from the applications directly or from your own text editor. The notes are in Markdown format. 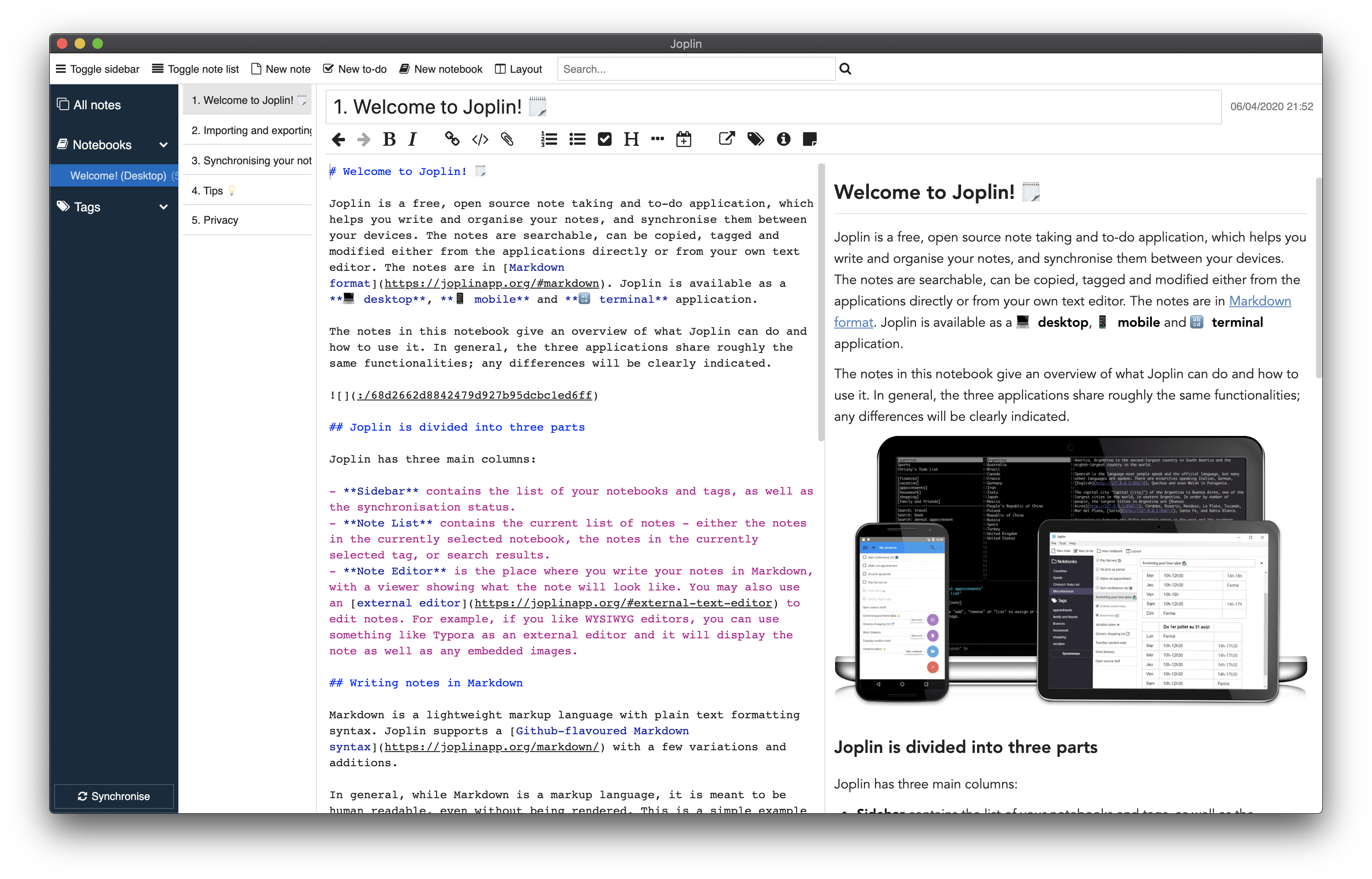 When I found that it exists I couldn't believe it. THIS IS SO AMAZING!

Before jumping in and setting up Joplin, let's export out existing data from Wunderlist.

Step 1. Export your data from Wunderlist

Navigate to the https://export.wunderlist.com and export all your data. Log in with your Wunderlist account and wait for the download to complete. You will get a zip-file.

Step 2. Convert the Wunderlist export to a Joplin import format

I used this Wunderlist2Joplin Python script to convert Wunderlist export to a Joplin import format. Follow instructions from the above-mentioned repository. They're pretty clear.

You can install dateutil by running in the terminal:

Import the output in Joplin via 'File' > 'Import' > 'Raw Joplin Export Directory'. The result is a notebook Wunderlist Import with the same tree structure as your Wunderlist data, with the tasks as leaves, i.e. notes of the type to-do.

Rearrange the material as you wish. Tidy up the data.

One thing to mention it will export also all of your completed tasks.

A nice thing is that Joplin supports End-to-end encryption of your notes so it will be transmitted in the encrypted state over the internet. It is encrypted with the password you choose, so-called Master Password and only you can decrypt the notes using and knowing the Master Password.

You need to activate End-to-end encryption in the Joplin. Navigate to "Preferences" => "Encryption". Activate it and give your password.

Now, the final step. Your data will be synchronized to the cloud encrypted with your master password.

With Joplin, you can choose multiple synchronization options for your data.

The notes can be synchronised with various cloud services including Nextcloud, Dropbox, OneDrive, WebDAV or the file system (for example with a network directory)

I will use the default DropBox folder option.

Click on the "Synchronise" button at the bottom left of the Joplin Desktop application to initialize the sync process. Authorize Joplin on your dropbox following the instructions. I'd recommend initializing the sync process from the desktop app.

Sync process might take a while, it depends on how many items do you have in your lists. I'd recommend waiting and try do not interrupt it.

I'd recommend to start sync on the following devices only after the initial sync from your desktop app is done. This way you'll avoid conflicts. Do not rush and create on each new device its master password. Wait until initial sync is done, only then start to sync the second device and on the second device do not create any new master passwords! You have one already. That's enough.

If your notes are encrypted you'll need to wait until initial data sync is done and on a second device you will see a message "Press to set the decryption password. Click on that message and enter your master password to decrypt the notes.

This is how the Joplin app folder looks on the dropbox 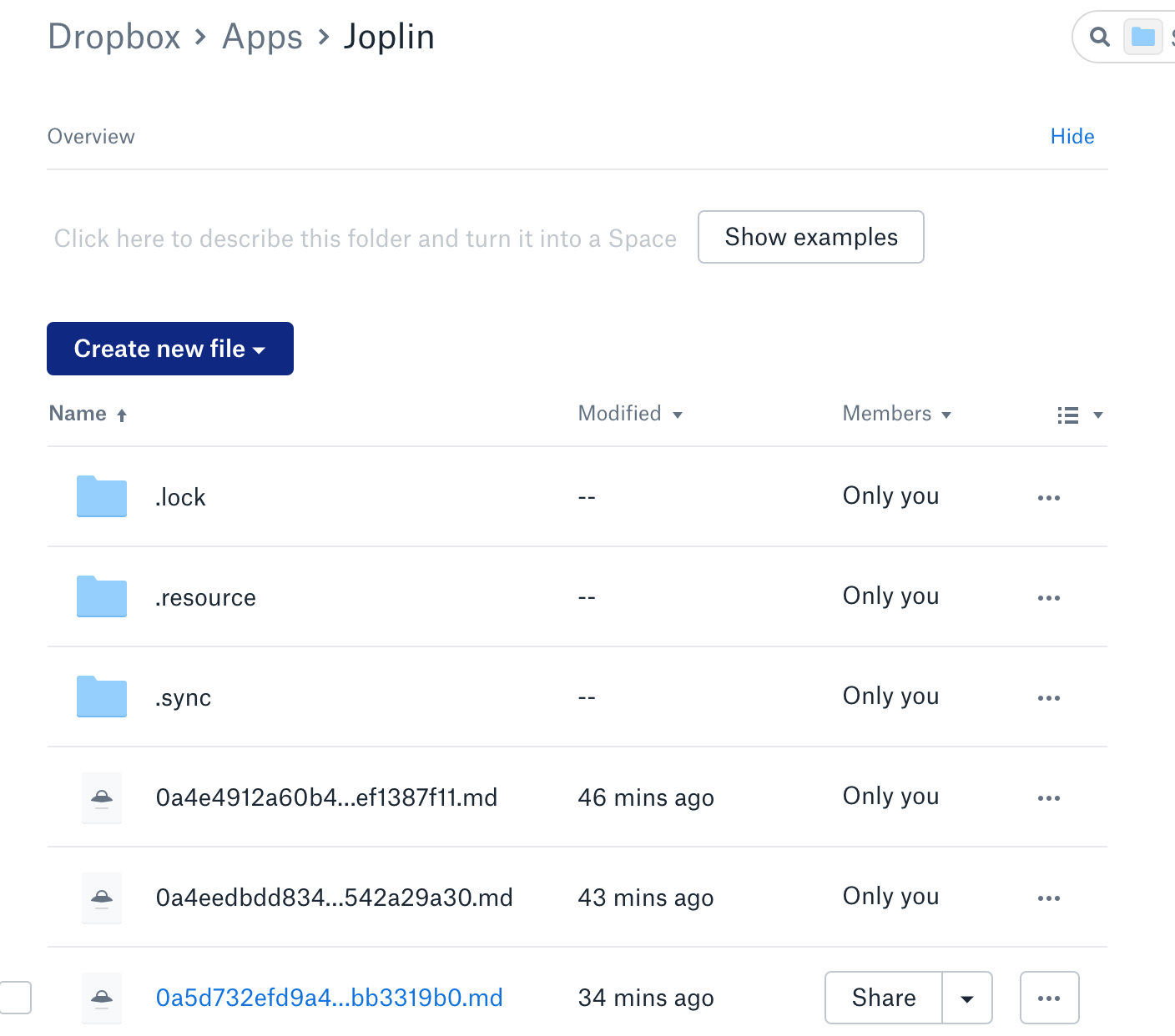 This is how encrypted note stored in the dropbox (.md file)


Enjoy the control of your data :)